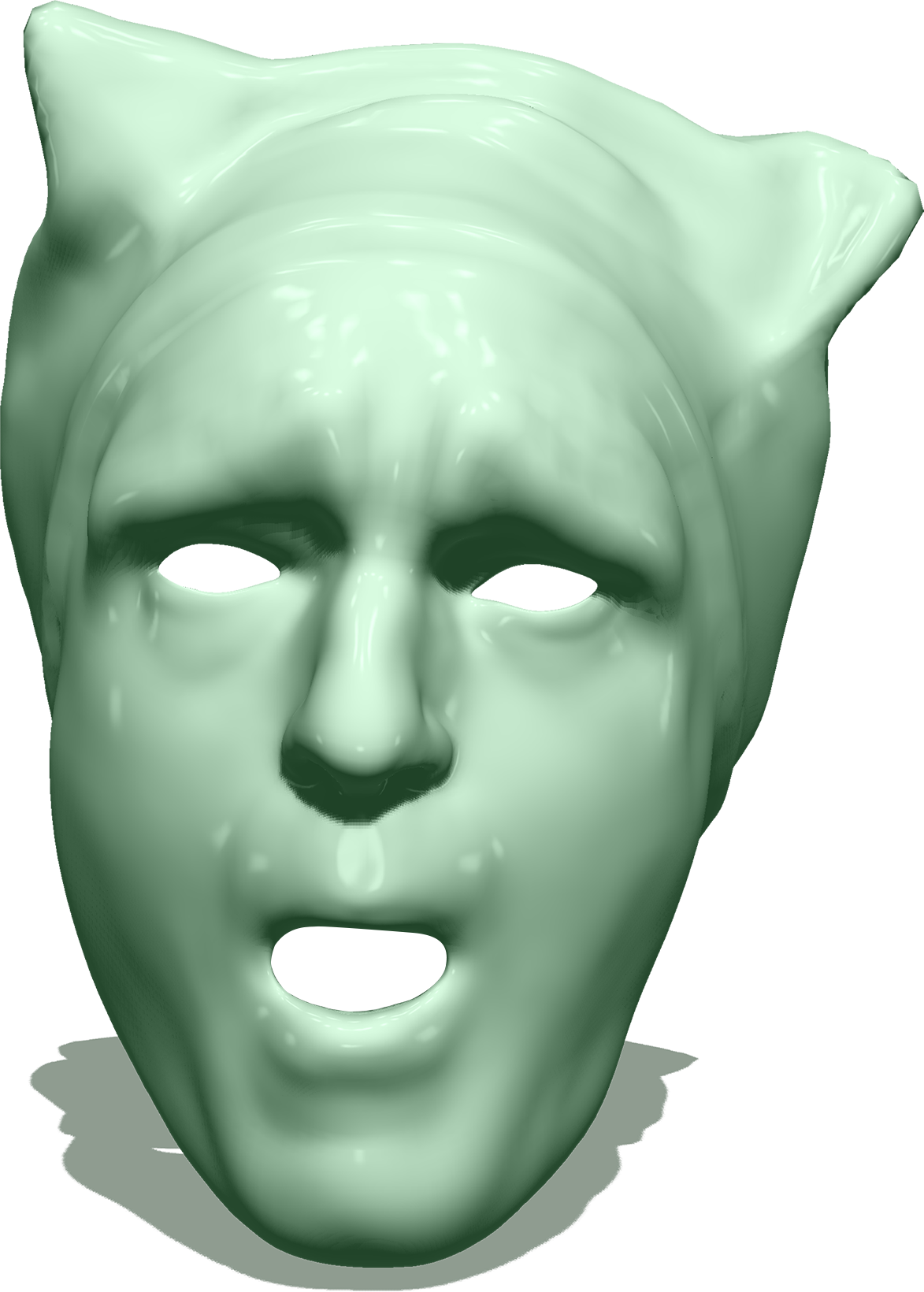 Vomitorium consists of four holographic playing cards featuring characters from ancient Greek mythology. These shining charms are collectable elements from the duo's acclaimed 4-hour, three-channel film of the same name, which debuted in 2020 at The Kitchen, New York and was later presented at LUMA, Westbau.

A tragicomic reenactment of the history of meta-theatre from religious ritual to live-streaming, Zoom, and Twitch. The artists transition between multiple genres, genders, ages, tropes, eras, and personae, with Felix Bernstein playing Onkos, the Greek mask of tragedy, and Gabe Rubin playing multiple versions of Eros. They play-through arcane and new modes of performance documentation from Classical diagrams to Victorian photo journals, as well as the parallel domestication of Eros into Cupid.

The vomitorium is traced from its origin as a passageway in amphitheatres to the current socially reflexive architecture built for Instagram selfie-stories—comparing the way audiences watch each other watching each other bingeing and purging media. The impossible wish for a 360-degree perspective is shown to mark both panoptic social media and counter-surveillance tactics; normative and queer gazes.

In collaboration with David Lewis.

Eros is the profane half of desire, who has been Satanized by Christianity. Divided and in constant rivalry with his twin, Anteros, who may have been born first. Eros is dressed in an open coat made of spun wool with leather breeches held up with braces, small hooves, a wooly sack around his waist that holds a sling shot and flute. His satyric domain is a large stump in a clearing in a wood, backlit, a sort of fairy dust reflects golden light, overhead are branches filled with ripe berries.

Anteros is the sacred twin of desire and the prototype of the domesticated, Christianized Cupid. Anteros has wrapped silk around his wrists, waist, legs, as though they were wound dressings. He holds a bow, carries a quiver over his shoulder filled with gold tipped arrows that shimmer against brown feather wings. His domain is a cluster of rocks and boulders in a river bed or a calm sea, floating into the clouds. Lilies, lemons, and shells, bunch around the edges of the rocks. A small golden harp stands upright on the boulder, hilly landscapes can be seen for miles behind a stone bridge over the river.

Metaxy is the figure of in-betweens and metamorphosis. Diotima teaches Socrates that Love is the child of plenty and poverty, and is found between gods and mortals. Metaxy also manifests as Metatron ( רוֹןְ טָטֶ מ)—the final, highest, latest, last, last angel, who keeps re-looping the final devalued revelation. They are surrounded by unwanted mementos, detritus, relics, and props. Starting its life between nude and clothed, the character will metamorphosize into evolving skins, personae, shrouds, and traits.

Onkos is the mask of tragedy, and the buffoonish scholar. Bulbously exaggerated and insufferable in its suffering. He lives in an empty cave: behind him is an artificial Sphere, eighteen foot in the Diameter, that rotates perpetually the medieval flat earth, from which he deduces that the entire macrocosmic universe is always discoverable in the microcosmic chart.